Safety Features To Look For When Purchasing A New Vechicle

By Engle Associates September 30, 2010 No Comments 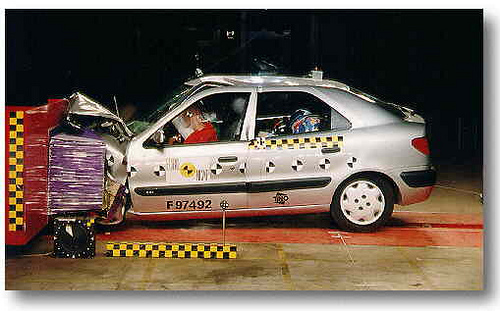 When you start thinking about a new car or truck, these safety features should be included among the factors that influence your buying decision. The safety rating of your car could affect how much you pay on your car insurance premium, get free California Car

Insurance quote from us today!

Where To Get Additional Information
It’s hard to compare the safety of one specific car with another because so many factors contribute to performance. However, the following sources can help give you a picture of how safe you and your family might be in different makes and models.


Crash Tests – The U.S. Department of Transportation conducts 35mph crash tests on about 30 cars each year. The results appear in many automotive and consumer news publications, available at most libraries and newsstands. These tests indicate how well a car performs in serious frontal crashes but, because each test crash involves two identical cars, comparisons are only valid between cars of similar size and weight.


Death Rates – The Insurance Institute for Highway Safety publishes lists of recent-model cars according to occupant death rates per 10,000 registered vehicles. Such rates are influenced, of course, by driver behavior as well as vehicle design.


Insurance Claims – The Highway Loss Data Institute* publishes information on the likelihood of having an insurance injury claim in various cars, compared with others, and the comparative amounts of vehicle damage losses from collision. As with death rates, these figures are influenced both by vehicle design and driver characteristics. The numbers tend to reflect mostly minor and moderate injuries, which happen with much greater frequency than serious or fatal accidents.

We’re an independent insurance agency offering a comprehensive suite of insurance solutions to protect your business and your life from the unexpected.

We don’t just sell insurance. We work closely with clients to help them make important and informed decisions every day when it comes to protection and their future.

We’re here when you need us most. Call, email or stop by.